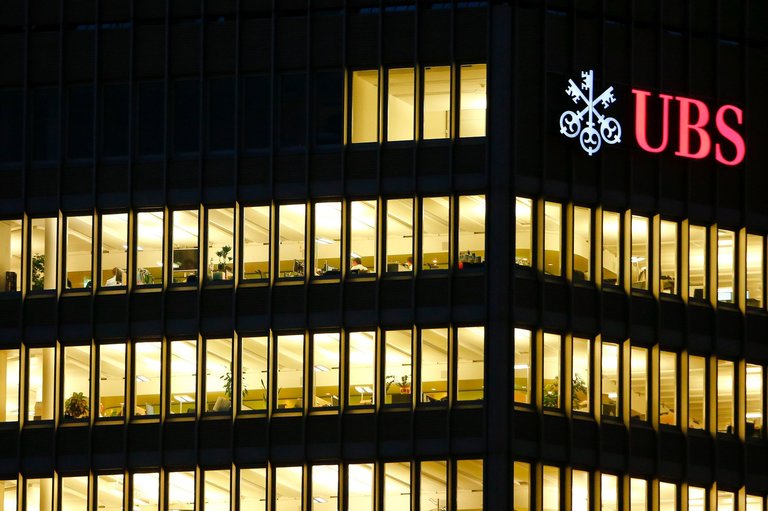 When you start a new job at a new office, what’s the first thing you do? For most of us, the answer is get settled in your workspace. You are assigned a desk, maybe put up a few pictures, stock the drawers with your favorite pens, and meet your neighbors.

But this simple act of settling in is disappearing as offices move away from permanent work stations to a more flexible office concept.

UBS is one company making the settling in process go away. Here are some of the revolutionary things they are doing in their office space:

–They allow and encourage employees to move from desk to desk. (They now have 25-30,000 people using mobile desktops…by the end of 2017 they expect over 70,000.)
–Using the ratio of 1 available desk for every 1.2 employees. This forces movement.

–They are looking to have a total of 6,000 employees going mobile, which will reduce the number of individual offices by 40%. So, there is a bottom-line win for these changes.

I am not completely sold on these changes. They will not work for every company, but knowing that real companies are making real change helps us think about our own environments.

We work every day with tenants that are implementing this kind of radical change in their workspace. Want to know more? Give me a call.

Craig
602.954.3762
ccoppola@leearizona.com
No Laptop, No Phone, No Desk: UBS Reinvents the Work Space
By: Chad Bray 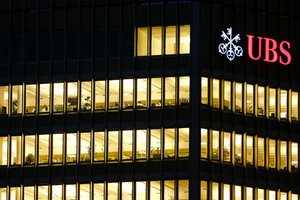 UBS offices in Zurich. In its newly opened building in London, the banking giant is
looking to change the way employees view their relationship with their workspaces.
CreditArnd Wiegmann/Reuters

LONDON — A desk is like a home away from home for many in the working world.Family photos, trinkets from a vacation, an extra pair of shoes or spare chopsticks are just some of the things routinely left lying around in what has become personal space.

But that comes at a price for companies, particularly in cities like London or New York, where the cost of real estate is at a premium, and at a time when workers are more mobile than ever.

In its newly opened building in central London, the Swiss banking giant UBS is looking to change the way employees view their relationship with their work spaces.Many of its employees at 5 Broadgate in the City of London will no longer be tied to the same desk every day with a telephone and desktop computer. Instead, the company has deployed so-called thin desks throughout the building.

Phone handsets were replaced by personal headsets, and employees can log onto their virtual desktops on computers at any desk in the building or at home. There are no laptops to lug around, and their phone numbers follow them from desk to desk or to their mobile devices.

“For me, it’s opening up and allowing people to work in different ways on whatever project, whatever activity they’re working on,” said Andrew Owen, managing director for UBS group corporate services in London. “Being chained to a desk in a singular environment is restrictive.”Employees have a small amount of filing space and a locker where they can keep any personal items they might use during the day. (Larger caches of documents that are held on paper for the longer term can be retrieved from an off-site location within two hours.)

The elimination of fixed desks is not a new concept — it has proved particularly popular among technology companies and start-ups — but only in recent years has technology made it more viable for larger companies.
It is still a rarity, however, in investment banking. Citigroup is one of the few companies that has a similar setup, at its new headquarters in downtown Manhattan.

And the practice has not yet infiltrated all aspects of UBS’s business.The trading floors at UBS in London still have a more traditional setup, with groups of employees heading to the same set of desks each day to view three or six screens of trading data.

But that could change in the future. “The trading desk is our next port of call to achieve user mobility,” Ashley Davis, managing director for the UBS corporate center in London, said.

By having a more mobile setup for its employees, UBS believes it is able to use its real estate more efficiently. The company is using a ratio of one available desk for every 1.2 employees who work in the new building in London.More than 6,000 people will ultimately work there; about 89 percent have moved in so far.

There are common areas where employees can gather for meetings or work if the company finds itself at full desk capacity. Most days, however, someone is traveling or on vacation.

UBS executives insist the shift is not all about costs.“I would be wrong to sit here and say there isn’t an economic efficiency dimension,” Mr. Owen said. “In and of itself, that’s not the reason to do it. It would fail on that basis. It has to be of value to our staff and our structure in the way we operate. There has to be a value there.”

The new metal-covered office building, designed by Ken Shuttleworth of Make Architects, had to overcome a variety of challenges to fit into the neighborhood.

It could not block the view of St. Paul’s Cathedral in central London from King Henry’s Mound, 14 miles away in Richmond. (Legend has it that the mound was the spot where Henry VIII watched a rocket fired from the Tower of London to signal the execution of his second wife, Anne Boleyn, but historians believe the story to be untrue.)As a result, the 700,000-square-foot building is long and flat and rises only 13 stories, what Make calls a “groundscraper” rather than a skyscraper. UBS has a 20-year lease on the property.

Inside, UBS has significantly reduced the number of individual offices, by about 40 percent. None sit against the windows, allowing light throughout the building.

UBS first started a pilot project for mobile desks in Switzerland in 2010 — about the same time it was preparing for the construction of its new building in London.It now has 25,000 to 30,000 employees using mobile desktops in Switzerland and is rolling out the concept to its operations in Nashville and India. By the end of 2017, the company expects to have about 72,000 thin desks globally.

“Working together, talking to each other, working in a more agile way. People are probably not so fixed any more in their working environment,” said Harald Egger, UBS’s head of group corporate services and sourcing. “They work much more in projects.”