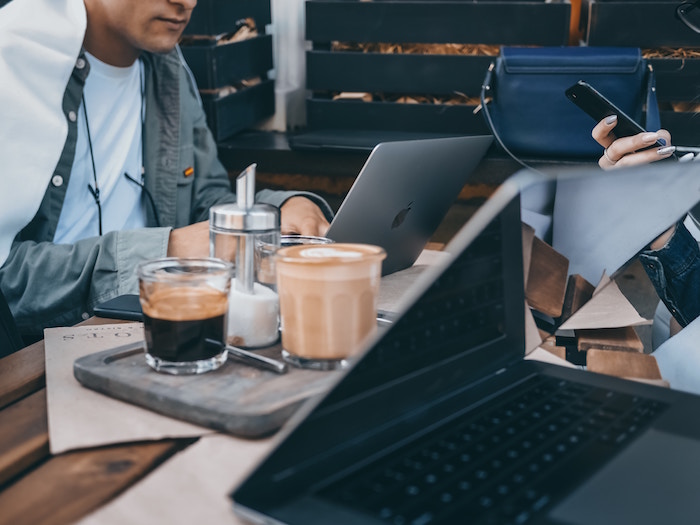 In our ongoing discussion about the future of office space, here is a nice stat:  In this cycle, office space users have been taking approximately ½ of the space they took as they grew in the last cycle.

We know why—open office, the explosion of the tech companies and shared space environment and all the startups actively trying to disrupt every business on the earth. So where does this go?   Below are my thoughts followed by an article by Sarah Knapton, a futurologist  I liked because of her use of the “Coffice”—Coffee office.

– The workforce will become more and more mobile—this is happening and it will continue unabated.

– Most white collar jobs will figure out how to become more flexible so you don’t have to be there all the time.

– People will want an office to go to, even if they only go occasionally. AND they will want it to be their company, not just a bunch of other mobile workers they hang out with.  Culture eats strategy for lunch.  The only place to get your company culture is at YOUR office.

Anybody want to add to or argue against these?  Send me an email.

ccoppola@leearizona.com
Open-plan offices don’t work and will be replaced by the ‘coffice’, says BT futurologist
By Sarah Knapton,

They were supposed to generate a sense of camaraderie, enhance teamwork and encourage an open flow of ideas between colleagues after decades of segregation in booths.

But open-plan offices are actually bad for productivity, allowing workers to be interrupted every three minutes by a range of distractions, a futurologist at BT has warned.

Dr Nicole Millard, an expert in data, analytics and emerging technology, said that large offices are inefficient, especially for introverts who work better when they are not disturbed, and predicted they will soon die out.

Instead, she has forecasts that employees in the future will become ‘shoulder-bag workers’ carrying their offices in backpacks and collaborating in small teams in coffee shops – or ‘coffices.’

Although many firms believe large, open-plan workspaces help collaboration, in fact, unless staff are in close proximity ‘you might as well be in Belgium’, said Dr Millard. However research has shown that put workers too close together and they clam up, as if being stuck in a lift together.

“The trouble with open-plan offices is they are a one-size-fits-all model which actually fits nobody,” Dr Millard said at New Scientist Live in London yesterday.

“We’re interrupted every three minutes. It takes us between eight and 20 minutes to get back into that thought process. Email. We get too much. Meetings, colleagues. It’s all distracting.

“Is being switched on making us more productive? The answer is no. The problem of the future is switching off. The big damage is task-switching. You can tell you have been task switching when you switch off your computer at night and find there several unclosed windows or unsent emails still there because you were interrupted.

“So we will become shoulder bag workers. Our technology has shrunk so we can literally get our office in a small bag. We are untethered, we don’t have to have a desk anymore.”
However Dr Millard said that offices are still important, if only for socialising.

“We need a balance between we and me,” she added. “We need to give people options of how they can work, such as home working.

“But I do go a tiny bit nuts if I am just at home, so I think we will start to embrace ‘the coffice’ I need good coffee, connectivity, cake, my wifi wings to fly me into the cloud. I like company. The ‘coffice’ could be a coffee shop or a hotel lobby.”

Dr Millard said the ageing workforce will also change how offices work, because older people will no longer want to work nine to five or commute for long distances.

By 2039 the Office for National Statistics expects that the number of people aged 75 and over will have risen by 89pc to 9.9 million and one in 12 of the population will be 80 or over.

When the state pension was introduced in 1909 it was intended to aid those aged 70 or older at a time when the average man died at 59 and the average woman at 63.

“The average pension pot is designed to last only 18 years, so we’re going to be working a lot longer,” she said.

“We have an older workforce, which is fantastic because they have accumulated experience gained over many years but they are probably not going to work nine to five, or commute into work. In fact, I can’t remember the last time I worked from nine to five.”

She also said that it was unlikely the robots would take most jobs.

“A lot of these technology won’t replace us they will help us to the dirty, dull and dangerous jobs that we don’t want to do. It’s very difficult for robots to replicate humans. They don’t have the dexterity, the empathy, the gut feelings.

“I think the rise of the droids is a positive trend and can make us feel more valuable as human beings.”