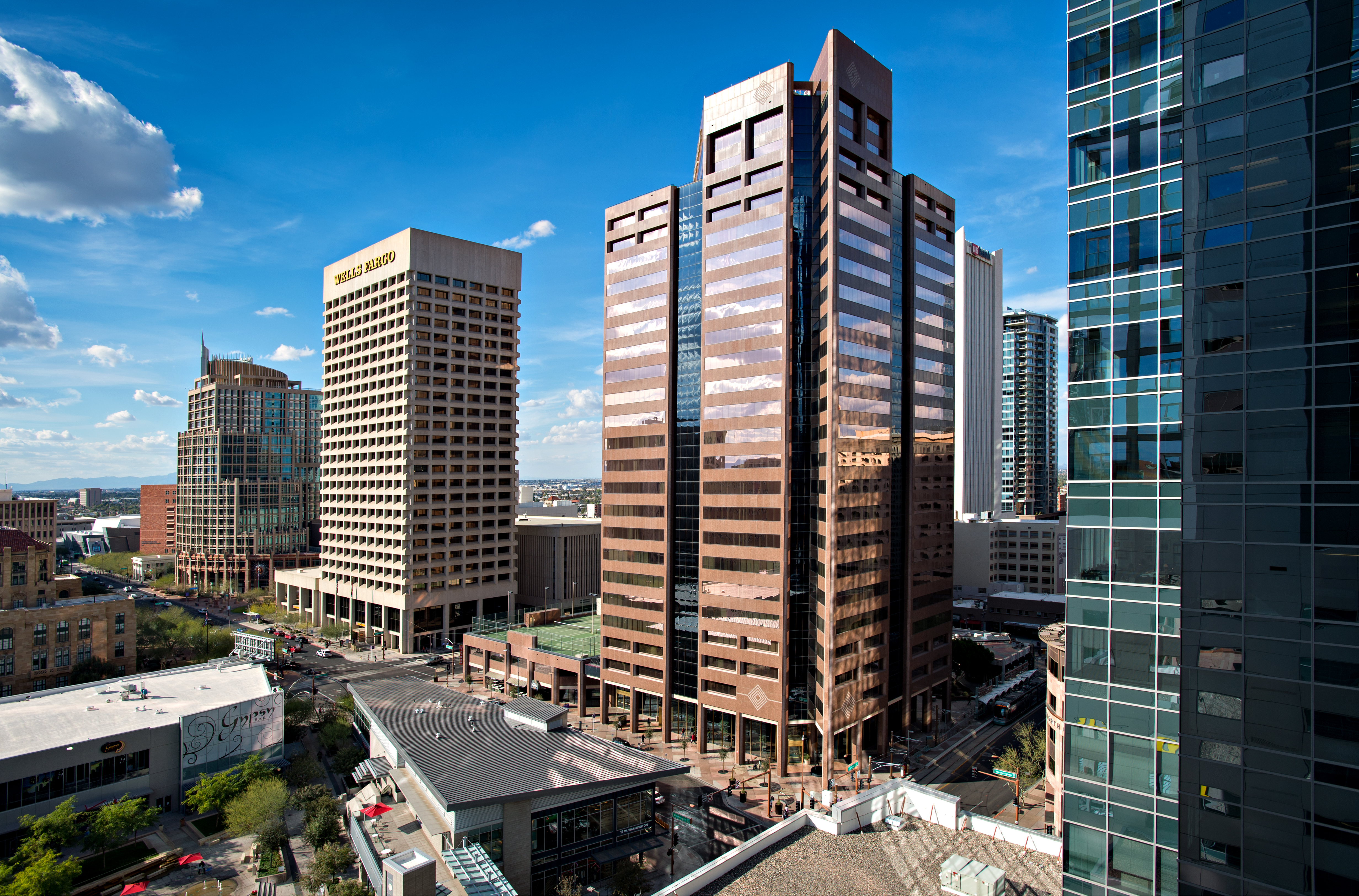 Below is a great summary of political issues facing the real estate industry.  I have highlighted some key issues specifically for commercial real estate.  These include:

If you want to discuss any of these issues, or others you see in your business, send me an email.

P.S.- We know you will swipe right for this week’s video. The video can be seen on our website by clicking here. 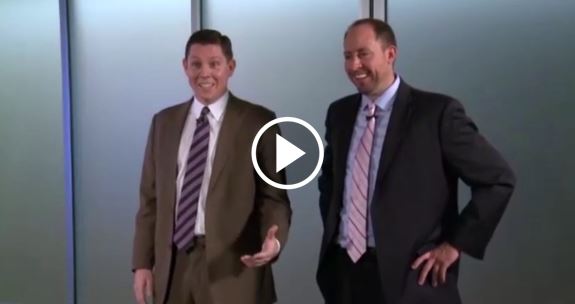 If you cant view this video, please click here.
Advocacy: A Look at Several of the Issues Important to Your Business
May 17, 2016

NAR is actively engaged on issues affecting all aspects of the commercial real estate industry, supported by thousands of staff hours working tirelessly on your behalf to ensure you and your clients can conduct business.
1031 Like Kind Exchanges
Under both House and Senate tax reform proposals released in the 113th Congress, Section 1031 is repealed, and further, the President’s budget for Fiscal Year 2015 proposed limits on the deferral provisions of Section 1031. Although none of these proposals progressed in the 113th Congress, if tax reform plans are introduced in the 114th Congress it is likely that they will borrow heavily from the previous ones, so Section 1031 is still at risk.
What does this mean for my business?
The exchange rules often provide a real estate professional with an opportunity to facilitate two transactions: the sale of the relinquished property and the purchase of the replacement property. Any curtailment of the exchange rules will make both pieces of exchange transactions more difficult to conclude and would mean many transactions would not take place. The like kind exchange technique is among the most important of all tax provisions for real estate investors and commercial real estate professionals.
Commercial Lead-Based Paint
The Environmental Protection Agency (EPA) continues to consider federal rules that would regulate the renovation and remodeling activities in public and commercial buildings to address possible lead-based paint hazards. The EPA is collecting data about the hazards presented by lead based paint and how renovation and remodeling activities in commercial and public buildings would potentially increase the harm to building occupants.What does this mean for my business?

Residential property managers must spend more on staff that now must be EPA certified in lead-safe renovation procedures. The Agency may impose the same regulatory burden on commercial building owners and managers if data show their RRP activities pose a child lead hazard. In addition, contractors must be certified and comply with the lead-safe renovation procedures, which drives up the cost of these renovation activities, which drives up the cost of owning and managing both residential and commercial properties.

What has worked in the past may not work now in terms of accessing credit. Increased banking regulations, particularly in community and regional banks, mean banks are spending more of their capital on regulatory compliance.

The Section 179D deduction in the Internal Revenue Code encourages greater energy efficiency in our nation’s commercial and larger multifamily buildings, by allowing for cost recovery of energy efficient windows, roofs, lighting, and heating and cooling systems meeting certain energy savings performance targets. Without section 179D, the same energy efficient property would be depreciated over 39 years (nonresidential) or 27.5 years (residential). In the Omnibus Appropriation bill passed on December 18, 2015, Section 179-D was extended retroactively to include the 2015 tax year and through 2016.

In addition to reducing energy consumption and saving owners and tenants’ money, these improvements can also increase the property’s attractiveness to new tenants and help them retain value as they age.Short-term extensions of 179D and allowing it to expire, even for short periods that are covered retroactively, can undermine its purpose, as building owners may be unsure as to whether it will apply to improvements they hope to make and opt not to take the risk.

Energy Efficiency
The federal government is moving forward with voluntary energy efficiency policies and programs, as well as regulations to limit the U.S. atmospheric contribution of carbon dioxide (CO2) and other greenhouse gases. Some of these policies, programs and regulations may impact the built environment, including commercial properties.

If energy efficiency were federally mandated, property owners’ ability to sell their home or building could be at risk without first having to conduct energy audits and improve its heating and cooling system, windows, insulation and/or lighting.

Lease Accounting
As part of a larger effort to converge accounting standards, the Financial Accounting Standards Board (FASB) and International Accounting Standards Board (IASB) have been working since 2005 to develop a standardized approach to lease accounting. The latest reports from FASB indicate it will replace the current dual model approach with a new one: though leases currently categorized as “operating leases” will be brought onto balance sheets under the new rule, “Type A” leases are treated as capital leases and “Type B” leases continue to be recorded as straight-line rent expenses. Most real estate leases will fall into the “Type B” category. The updated standards were released in February 2016 and will go into effect for public companies in 2019 and private companies in 2020.

The new standards could harm businesses of all sizes, especially lessees and lessors of commercial real estate. With more bloated balance sheets, some companies may see their debt-to-equity ratios increase and find it more difficult to obtain credit, especially those with heavy debt loads or still recovering from the recession. The new standard could also complicate compliance with debt covenants or agreements between the bank and borrower, which usually prohibit companies from borrowing more than they are worth. By capitalizing new and/or existing leases, some businesses could show more debt than allowed in their agreement with the lender, and therefore be in default of their loan. This could force some firms to put up more capital for existing loans or even have their credit lines revoked.

Additionally, the elimination of off-balance-sheet financing could be detrimental to commercial property owners. More frugal lessees will want less space and shorter-term leases without renewal options or contingent rents, which will decrease cash flow for property owners. Shorter-term rents will likely reduce the borrowing capacity of many commercial real estate lessors, who rely on leases and the value of the property as collateral in order to obtain financing. Ultimately, property owners would be forced to increase rent rates due to market uncertainty and reduce tenant improvements due to shorter recovery periods. Conversely, this change could encourage some firms to consider buying instead of leasing commercial real estate.

Leasehold Improvements
The 15-year straight-line cost recovery for qualified leasehold improvements on commercial properties provision expired at the end of 2013; in December 2015, Congress passed and the President signed into law an Omnibus Appropriations bill which makes the provision permanent. Thus, it is now available for all improvements to property placed in service.

Property owners are required to amortize the costs of improvements made on behalf of tenants over a recovery period that has no relation to the economic life of the assets. This artificially depresses rates of return. Providing a shorter and more realistic depreciation period for tenant improvements allows upgrades for technology and modernization to be more economically feasible. These types of improvements help assure that nonresidential buildings will be adequately maintained and remain technologically current.

National Flood Insurance Program (NFIP)
The National Flood Insurance Program (NFIP) was extended for five years in 2012 by the Biggert-Waters Act, but Congress must reauthorize it again to continue providing flood insurance after 2017. Biggert-Waters also phased out subsidized flood insurance rates for many commercial properties but severe implementation problems threatened to undermine real estate transactions where flood insurance is required to obtain a mortgage. In March 2014 Congress responded to these issues by amending Biggert-Waters with the “Homeowner Flood Insurance Affordability Act.” The new law, among other things, restores the grandfathering of properties under lower risk rates upon remapping, reduces the increased rates of non-grandfathered properties, and repeals rate premium increases at the sale of properties (including refunding increases to those who have already paid them). In June 2015 Reps. Dennis Ross (R-FL) and Patrick Murphy (D-FL) introduced H.R. 2901, the “Flood Insurance Market Parity and Modernization Act,” which clarifies that property owners may satisfy federal flood insurance requirements with either NFIP or private coverage. The bill was approved by the House Financial Services Committee on March 2, 2016.

Without the NFIP, millions of home and small business owners in more than 20,000 communities nationwide would not be able to obtain a mortgage or insurance to protect their property against the most expensive and common natural disaster in the U.S.: flooding. The NFIP was created because of the lack of access to affordable flood insurance coverage in the private market. It also reduced the number of uninsured properties that otherwise would rebuild with tax payer funded disaster relief after major floods.

Waters of the U.S. Definition
In April 2014 the EPA and the Army Corps of Engineers jointly proposed a rule to “clarify” which bodies of water are “waters of the U.S.,” and thus able to be regulated under the Clean Water Act (CWA). In support of this, the agencies released a draft science report on “connectivity” of various bodies of water in the U.S. Depending on how the definition is finalized, compliance with the CWA under it may require expensive, time-consuming federal permits to develop private property near most water bodies, not just those which are navigable (as under the current regulatory scheme). The final definition was released in May 2015, and several states sued the government. In October 2015, an appellate court ruled to stay the implementation of the rule, effectively halting the rule from going forward.

Depending on the “U.S. water” definition, the Act will require expensive, time-consuming federal permits to develop private property near most water bodies — not just those which are navigable. In addition, property owners may experience a taking under the regulation without adequate compensation, as prescribed under the 5th Amendment of the Constitution.